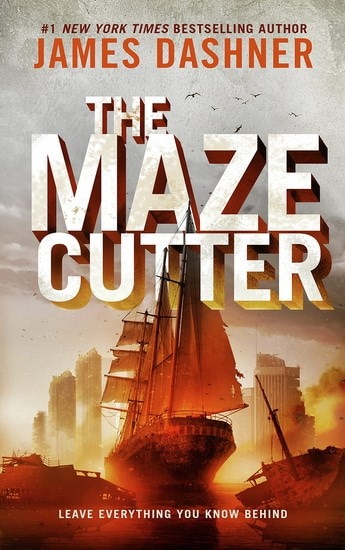 Your package will leave our warehouse within 2 working days, excluding weekends and holidays. The delivery date will then depend on the delivery time of the post, which varies depending on the destination. For delivery in Quebec, the usual delay is one to three days.Click here for more details on delivery times.

Seventy-three years after the events of THE DEATH CURE, when Thomas and other immunes were sent to an island to survive the Flare-triggered apocalypse, their descendants have thrived. Sadina, Isaac, and Jackie all learned about the unkind history of the Gladers from The Book of Newt and tall tales from Old Man Frypan, but when a rusty old boat shows up one day with a woman bearing dark news of the mainland--everything changes. The group and their islander friends are forced to embark back to civilization where they find Cranks have evolved into a more violent, intelligent version of themselves. The islanders are hunted by the Godhead, the Remnant Nation, and scientists with secret agendas. When they cross paths with an orphan named Minho from the Remnant Nation, the dangers become real and they don't know who they can trust. The islanders will have to survive long enough to figure out why they are being targeted, who is friend or foe, and what the Godhead has planned for the future of humanity.