HomeCategoryMusic and MoviesMovies and TV SeriesThree Wishes For Cinderella (Blu-ray) 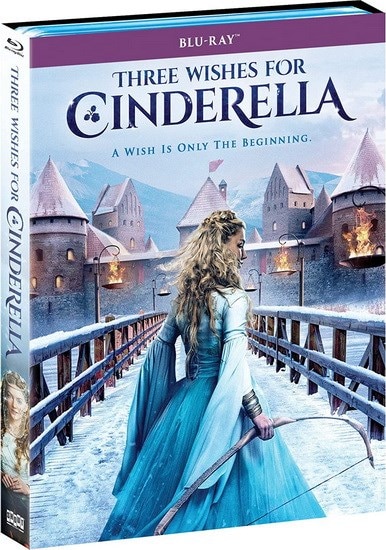 Since her father's death, Cinderella lives with her cruel stepmother and spoiled stepsister, who treat her like a servant in her own house. During one of her daily escapes to the forest, Cinderella prevents a couple of men from hunting, amongst them the handsome Prince of the kingdom. Cinderella and the Prince immediately feel attracted to each other, but he is expected to find a suitable bride at the next royal ball, which Cinderella is not allowed to attend. Equipped with a great deal of courage and empowered by her three magical acorns, she decides to stand up for herself and determine her own fate. Will she be able to break free from her stepmother's tyranny and find true love?